Book 5 of The Player

His whole life, hockey player, Ransom Cox, has watched the people he loves the most reject and leave him. He’s learned it’s better to be on his own. After the scandal of his wife leaving him right before the championships, citing his bedroom “over” prowess as the reason, he can’t seem to escape the spotlight.

The last thing he wants is to be stranded in a cabin with the one girl he’s always wanted. The one girl who could destroy him. 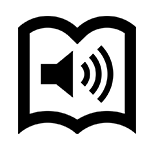